Lisa Perrine is an experience designer and CEO of Cibola Systems. She spoke with EventIcons hosts Brandt Krueger and Lindsay Martin-Bilbrey about design thinking, and how this solution-based approach can be an asset for event planners.

BRANDT KRUEGER: What is design thinking?

LISA PERRINE: Classic design thinking has five elements:  empathy; defining the problem; brainstorming ideas; prototyping; and testing prototypes. Fundamentally, it involves end users in co-design. The end user is whoever is going to be at the event and experience it. They become part of the design, all the way through the process.

BRANDT: Regular watcher Heather says she has trouble with the leadership team that thinks the event is for them.

LISA: That’s a common problem. You might start by doing design thinking activities that are not about a specific event. It helps individuals to learn the value of pulling in end users, and really defining the success factors.

There should be one success metric you can measure: Why are we doing this? What’s our purpose? How do we know we’re successful? You have to step back and say: “If I’m going to invest $500,000, what’s my return on investment? How do I measure it?”

LINDSAY MARTIN-BILBREY: When you’re thinking about that single success metric, is it different for different organizations?

LISA: We do a lot of work with experience centers. One for Microsoft was set up to have CIO’s look at what they had in development and give feedback. Their success metric was getting people to come and give them straight answers about what might, or might not, be useful.

We worked with a talent agency that was trying to get their talent to re-think how media could be used. Their metric was: How many contracts could we sign for different kinds of deals than we’re normally doing?

You have to dig deep and say: “If we had to choose one thing, how would we know that this was a success?”

LISA: If you ask “Why?” 5 times, you’ll get to the core of why you’re doing something, what the purpose is. The “How might we?” question asks: How might we accomplish that purpose?

There’s a great ideation method where I would write down the “How might we . . .?” question, and one idea that’s kind of crazy. Then I would pass it to Lindsay and Lindsay would write: “This isn’t going to work because…“ She would shoot down my idea. And then she would pass it to Brandt and Brandt would say:  “Ah, ok.  I know a different idea that would overcome that barrier that Lindsay put out.” It’s a fast creative process. And it’s a way to do some individual work that still harnesses the collective power of the team.

BRANDT: How do we as event people involve attendees more?

LISA: One group at a trade show said, “Let’s do something totally different.” Out on the show floor they had a curtained-off area. This amazing little space had stuff all over the walls that people had come up with about their “How might we . . .?” question.

In the next room they had a very early prototype that didn’t work yet, and lots of bits and pieces. People used the bits and pieces to build something new, and actually prototype the product. They did so well with this system because it was designed by end users – literally ideated, prototyped and tested by end users, not by their engineering team. This really speaks to having the end user engaged hands-on.

We work with a foundation in Oregon that has a significant cancer program. We brought together a group of their current donors and had them design the ideal donor experience. It became clear that most people wanted to know more about the research being done, and have a hands-on opportunity to be a part of it.

This foundation has an annual event. Normally they raised about $500,000. They ended up changing the event so there were labs with scientists at the beginning, and they raised a million dollars. They blew it out of the park because they listened to their donors.

BRANDT: I wanted to come around to the idea of planning for all of the various different types that attend. Some people call it personas. What do you call it? And how do you take those people into account?

LISA: I am not a huge fan of personas. Sometimes we create them after an intensive set of interviews and prototypes with end users. We’ll break them into categories based on what we learned. I don’t like using personas when they’re not based on real life.

LINDSAY: Can we use design thinking to make the tactical planners in the room feel less anxious?

LISA: If you do the same thing over and over every year, people try to throw “more of” at it. You keep adding more glitz and it just gets more and more expensive, as opposed to stepping back and completely re-thinking it.

The problem with a lot of events is they’re not participatory. Whether you want to learn, to sell or to make decisions, as adults we want to bring our knowledge. We want to be hands-on. We want to be heard. We want to feel like we’re making an impact. Having someone talk to us is never going to be as successful as engaging us.

I went to a conference in Amsterdam. The rest of the conference was people just talking at the group. My part of it was more fun. We did a workshop with 100 people in pairs where they designed together. It was so well received, and there was so much energy. There were people from different countries who didn’t know each other, patting each other on the back and engaging in a meaningful way.

BRANDT: Is this type of process going to be expensive, or is this something we can do pretty easily and pretty inexpensively?

LISA: An event that’s hands-on and engaging is probably less expensive. Does it require planning? Yes. From an event planner standpoint it has to be carefully orchestrated. You can’t just say “Here are our five speakers. Let’s make sure we have a follow spot and they have a mic on.” But I don’t think good event planners want to do that. Good planners want to do something that’s exciting, where people say “I’ve never seen anything like this.”

LINDSAY: It’s a really important nuance. Many times it gets shot down, this new methodology. We say: “Oh, this is going to be something we need to change.” Immediately the barriers are: “We don’t have the budget for that.” And what you’re saying is: “No, we have budget, we have the people.” It’s just making sure those people are in the room.

LISA: People often ask me: “How do you get the right people in the room?” I put it in my contract. I point to the contract and I say: “Well, you see, this is a deliverable. We have to do this [work with end users].” It’s also good for my team because it means that we won’t shortcut. We have deliverables and we make sure that we’ve delivered them. Re-thinking your proposal and contract process is a first step.

Sometimes the stakes don’t seem high enough to make it worth it. On the other hand, if you think about wasting peoples’ time, that’s the worst thing. Wasting money is bad, but wasting time is unforgivable.

Start where the stakes are low and you have somebody who is willing to give it try. The materials to do this cost virtually nothing. I have a little bag that I carry around with me. It has stickies, dots and stuff. I can do design thinking anywhere with about $30 worth of materials.

BRANDT: If you could pick one tip for planners when it comes to design thinking, what would it be?

LISA: I encourage everyone to try it. Constant engagement of the end user – the participant, the attendee – provides the best outcomes. Try it at home first. Plan your vacation, your next car, just give it a try.  I think you’ll love it.

This interview has been edited for clarity and brevity. The complete podcast, episode 162, is available at: https://mytuner-radio.com/ 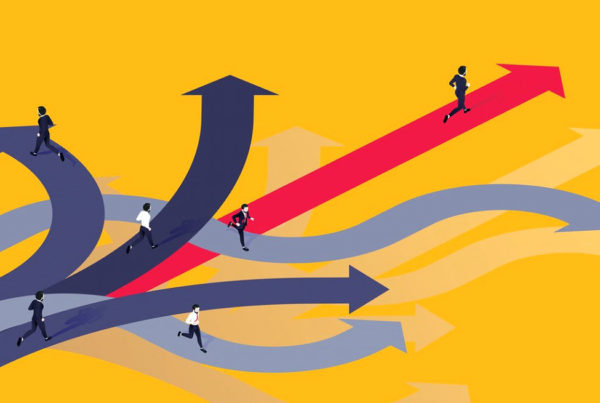 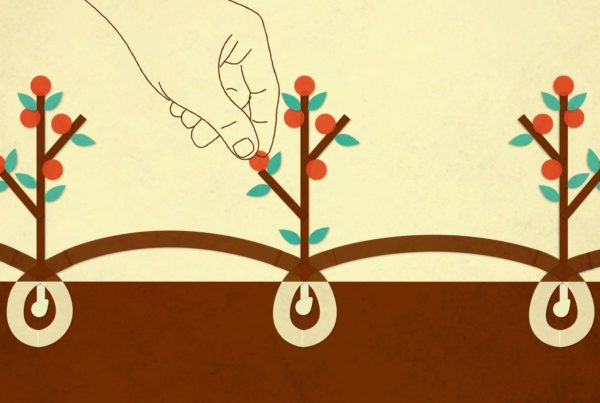 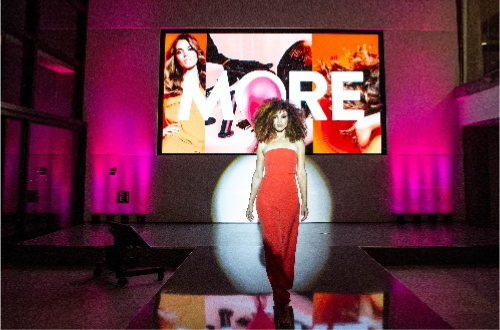